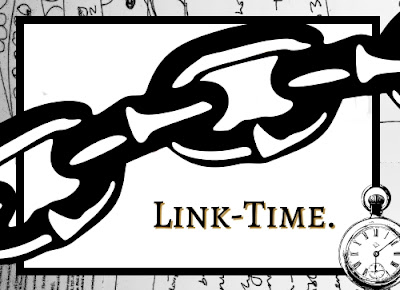 Today's post is another collection of links on science.

The Cheering- Up Birds.

A while back, I used to write on a blog called "Weirdbeautiful"- (you can still find it online, although I have long since lost the passwords to update it). One of its most popular features (judging by the e mails and other contacts I got) was a thing called "The Cheering Up Birds". Basically, it was a recurring feature devoted to the most flamboyantly absurd birds I could find: one per week. I have already been asked to resurrect it here, on this blog. That may yet happen. At the moment, though, cheering up butterflies seem more likely than birds, if only because I have more photographs of them to share.

Regardless of what happens here, "The Cheering Up Birds" does live on, after a fashion, elsewhere  because there's a  "Cheering Up Birds" feature on The Greatest Minds's blog.  Each feature on there contains 5 birds, rather than 1; on the other hand, the features are much less frequently posted than they were on Weirdbeautiful.


On the subject of Cheering-up butterflies (above), there is also a piece on The Greatest Minds on Butterflies of the Judaean Hills.

You can find it here-
http://www.thegreatestminds.co.uk/latest-blog/butterflies_of_judaean_hills
... as the second in a 2-part blog post on wildlife and sights of the Judaean Hills

[Part 1 of that Judaean Hills post is on natural geometry there and you can find it at
-http://www.thegreatestminds.co.uk/latest-blog/natural_geometry_judaean_mountains ]


Ok, so having shamelessly promoted TheGreatestMinds.Org (in which I have a vested professional interest), let's get on with the latest science links and news from elsewhere in cyberspace. This time, it's about outer space.

1)   First link here is on Space Science/ Astronomy.  It is what looks like an article-come-press-release from the University of Central Florida in Orlando on Pluto. The article reports the professional view of "UCF planetary scientist Philip Metzger" that Pluto's demotion from "planet" status to "dwarf planet" is invalid and that Pluto should now be considered a planet again.
You can read the article and the arguments it advances here-
https://m.phys.org/news/2018-09-pluto-reclassified-planet.html

The Wider (and Possibly much flatter) Universe.


In the last couple of years, I have been involved in a project for which I have had to read masses of books on UFOs, Life-after-Death, Time-travel, Astral projection, Remote Viewing and various other esoteric phenomena. Some of the books are very interesting indeed...and quite a lot of them make your head hurt. Actually, from experience, some of them make your head hurt a great deal and you have to go and lie down or have a cup of tea or something until it all goes away. However, once you get used to the entirely different world view advanced in a lot of the books in the genre, some of the ideas are very appealing. The UFO books in particular tend to advance some quite complex alternative theories/ hypotheses about how the universe is structured and how it functions. Certain themes also tend to recurr from different sources and in different books. For example, there is an idea about time being circular in this "pocket of the universe" and that the very end of time in our universe connects to the very beginning. The caveat to this is that such a temporal structure is not typical of all parts of the multiverse, just to our particular corner and that very different rules apply elsewhere.


There is an awful lot I could say about this and an awful lot I probably will say at some point in the future (so far, the rough draft comes to around 90,000 words). There is also a fair amount that could be said about how this ties in with "premonitions" and other information that certain people seemingly acquire from time to time in ways that contemporary science cannot yet explain*. For this reason, the concept of time operating differently from how it appears turns up a fair bit in other esoteric literature. You can find it in books on remote viewing and mediumship (even in volumes on "manifesting"/"New Thought" . Titles on "The Secret" in its more advanced form also touch on ideas of time functioning in ways other than the linear manner in which we general experience it). Again, there is a great deal that could be said about all of this.


For now, though, let's just note that this is the kind of head-bending/worldview-shifting idea that turns up a fair bit in books on UFOs. For our purposes here, it does not matter whether these ideas are correct or absolute fantasy- the fact that they have been proposed and discussed is useful. Sometimes you have to step quite a long way outside of orthodox thinking to come up with new scientific ideas. So, from that perspective, even something utterly false is useful, if it facilitates such a mental shift. After all, once upon a time, everybody knew that the world was flat and Jerusalem at its centre. Similarly, in 1895, famous scientist Lord Kelvin stated that- "Heavier-than-air flying machines are impossible". Times change and science uncovers new principles as the decades pass. Our understanding of the universe evolves- if it did not, frankly, what would be the point of science at all?


Another idea that turns up periodically in the UFO books and more often elsewhere is the idea that the universe is a 2-dimensional "motherboard" and that our experience and the 3rd and 4th dimensions we experience are illusory. This is the idea that the universe is essentially a "hologram" that we perceive as 4-dimensional (=3-D + time). Now, this idea has been floating around in scientific circles for quite a while, but it is something I have never really seen satisfactorarily explained on a documentary, or similar. I first came across it in terms I could understand in books by "remote viewer" Ingo Swann.


Ingo Swann was a controversial character in many ways. Last time, I checked, one of his books was even described in a review on Amazon as "the ravings of a mad man". He was an artist and writer who was used as a subject for CIA-funded experiments into extra-sensory perception/ psychic phenomena** and who later contributed to their experimental design. Along with various other "remote viewers", he claimed that his experiences of obtaining verifiable information in means that cannot be explained by current science had given him a very different view on how the world, the universe, time and space actually work. His views on those things were different from those currently accepted by science. One of these differences, as I understood it, was his conviction that the universe is a hologramatic projection from a 2-dimensional surface, or similar. For people working in remote viewing, "New Thought"/"Manifesting" and other parts of the ESP milleu, this theory is appealing because it gives an easy mental picture - an easy mechanism by which information can be transferred between individuals and locations that seem utterly removed from one another. So, instead of you being in California and your mother being in Paris and you telepathically** sensing what she sees, you are both connected on a physical, 2-dimensional substrate and just believe/experience the world as a 3-dimensional phenomenon. With this world view, it becomes easier to picture that whatever waves/particles or "bits of telepathy" (telepathions?) need to pass between you can do so easily, across the flat, 2-dimensional matrix in which you and everything else in the universe is embedded. It is an appealing mental picture.


Now, my position on all of this is that I expect that science will ultimately understand many things that are not yet explained. It may be that Ingo Swann and the other New Thought people are correct in their worldviews. It may also be that they are correct in essence, but for the wrong reasons. Or it may be that they are completely wrong. As before, though, I find great value in considering their viewpoint, because it is a great thought experiment. You sometimes have to step out of one world-view and into something entirely different to get a fresh perspective on both.


So, rightly or wrongly, the idea of a hologramatic universe comes up from time to time in the UFO literature and in ESP/New Thought/ Remote Viewing and other, related literature***.


One such contribution was published in Physics Review letters here-
https://journals.aps.org/prl/abstract/10.1103/PhysRevLett.118.041301

It deals with whether the universe was a hologram around the time of the Big Bang.

There is a popular science version of the article here-
http://www.thespaceacademy.org/2017/12/scientists-reveal-first-observational.html?m=1


All of the above a lot to take in first thing on a Friday morning. So, for the final link of this post, I am going to leave you with "20 Photogenic Animals" from brightside.me-

** Some of the testimony about such matters is undoubtedly suspect, but there remain some very peculiar events in this field that science has yet to explain. 2 brilliant books on such anomalous and currently inexplcable esoteric findings are-

"Life Before Life: A scientific investigation of children's memories of previous lives" by Dr Jim B. Tucker is the popular/ general public book version of an enormous  study into this subject by psychiatrist Dr Jim Tucker and his co-workers, includng Professor Ian Stevenson at the University of Virginia. This is pretty standard book length. I believe, a book of the original studies upon which this book is based is also in print, but it runs to a couple of thousand pages long (the study has run for decades so far) and I don't have the reference to-hand.

"Beyond Telepathy" by Andrija Puharich and Ira Einhorn.
(this is a medical doctor's sincere and thorough attempt to explain documented instances of apparently telepathic information transfer in terms of the brain's known capacities and possible unknown capabilities, using our understanding of neurones, magnetism etc as a starting point).

***I am currently trying to get to the bottom of whether the idea was first advanced by a scientist or whether it first came up (attributed to aliens or space robots or angels, or whoever) in something more esoteric. If the answer is the latter, it might add some credibility to the claims of whichever witness said they were told such things by aliens/space robots/angels...whoever...