Castlepoint Beach, New Zealand and the Power of Earthquakes

Today's pictures are from New Zealand's North Island. Castlepoint is a smal town on the country's pristine Wairapa coastline. It is a settlement that is generally most noted for its lighthouse, which sits at the nothern edge of a reef. What interested me far more, during my own flying visit to the place a couple of years back, is the rock underlying the landscape. In particular, the rocky "lump"/ almost vertical "hill" look towards the far left of this picture. Because the rock is sedimentary, you can see the striations in it that once corresponded to the floor of the sea. In this case, the striations are almost perpendicular to the current lie of the land, having apparently been bent into their current aspect by techtonic forces/earthquakes in the millennia since they were first laid down on the sea bed. 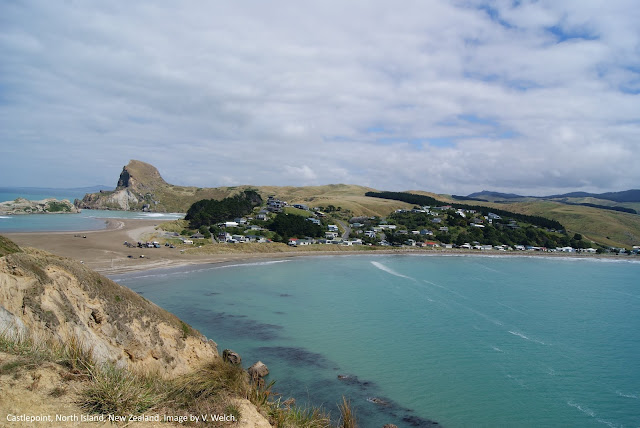 The forces required to bend solid rock in such a fashion must be almost beyond comprehension. To get a feel for the magnitude of tectonic shift needed, it helps to consider the devastation wrought by recent large earthquakes in New Zealand, Japan and elsewhere - earthquakes that, although hugely costly in lives and infrastructure, still, for the most-part, did not release the power needed to produce this kind of landscape deformation.

I find something very hopeful in the way nature reclaims ruins and life springs up again (often with renewed vigour) after destruction. For that reason, I like pictures of urban dereliction- places where mankind's "mighty works" have fallen prey to the relentless passage of time and been recolonised by plants and animals. This picture shows a more natural version of the same thing: what once was clearly a violent and devastating earthquake has passed and, once again, the plants, the animals and life itself have taken over, regreened things and brought beauty and tranquility to the landscape.

Today's second picture was taken from the shorline shown in the centre of the picture, looking towards what is the right edge in the picture above. There is no profound purpose to it, other than just a nod to the immaculate, clean beach at Castlepoint, taken on a warm- if blustery- summer's day. 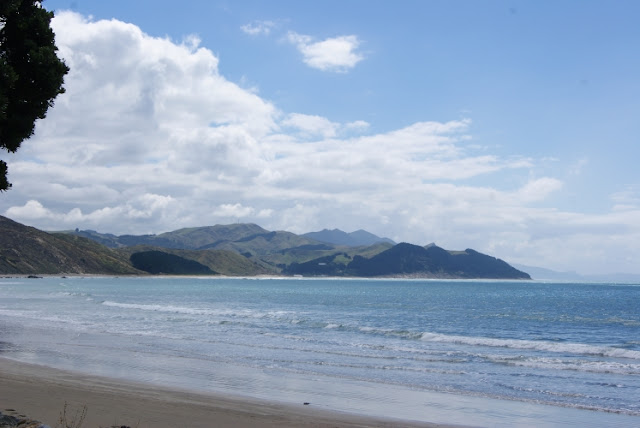 That's all for today: next post will be on Monday.
With Best Wishes for a Great Weekend,
Victoria.