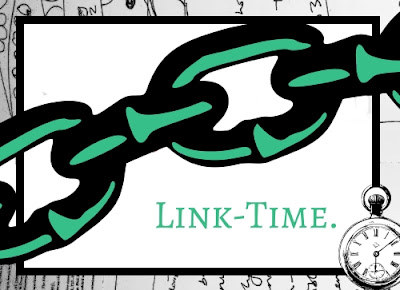 There have been quite a few really big science stories in the media lately- particularly ecology stuff.
So, I'd like to start with a link to this piece in The New York Times on the massive loss of insect diversity in recent times-

It is a very worrying story, but an important one to know about. There are many key ideas here, but I'd like to draw attention to this line in particular-

" A 1995 study, by Peter H. Kahn and Batya Friedman, of the way some children in Houston experienced pollution summed up our blindness this way: “With each generation, the amount of environmental degradation increases, but each generation takes that amount as the norm.”"

The reason this stands out in particular for me is that it is reminiscent of an argument presented/popularised in "Collapse: How Societies Choose to Fail or Succeed " by Jared Diamond about the loss of trees on Easter Island. His book is very wide-ranging geographically, temporally and in its themes, but (as I recall things), as part of a broader narrative, he talks about there being evidence of catastrophic deforestation on Easter Island. At the time when the famous statues were produced, there is evidence that the (now windswept and fairly barren) landscape was one with abundant trees. He asks when the final tree was felled and how the island's people could have allowed their once bountiful land to be left without any trees at all. The answer given is that each generation felled a few more trees and for each generation, the starting point was a few less trees than for their ancestors. Such that there was no flagrant orgy of arboricide- just a succession of humans thoughtlessly over-harvesting, under-planting (or not planting at all) and generally taking more from their environment than it could provide.

A tragedy played out on a longer scale is no less a tragedy, but it does offer more opportunities for intervention. One of the best things about making mistakes is learning from them. One of the best things about education is learning about other people's mistakes, so you can learn from them also.
Will humanity learn from the mistakes the ancient people of Easter Island made by cutting all their trees? Or will "we" take no action as we lose insect species until the wider world insect fauna is left similarly denuded?  (see Footnote 1, below this post).

Arguably, one of the reasons insect-conservation receievs less attention than it needs is that insects, by and large are not "cute". There are 2 facets to this argument, although when it is made, people are generally talking only about one of them. The first facet is that people care more about cute animals than others because they make them feel all fuzzy and warm and maternal/paternal/gooey inside. Therefore, it is easier to secure funds to care for penguins and koalas and things than it is for-say- reptiles like lizards or snakes. The second facet is simply than people take more interest in cute animals, so they are more likely to recognise them and notice their decline. Very few people would know more than a couple of types of weevil, for example and yet there are nearly 100,000 species with the weevil family, Curculionidae. Having spent several years as a scientist, studying aspects of 100-odd rainforest-dwelling weevil species, myself, I have been made accutely aware that science simply does not know how many of these described species have become endangered or even extinct since they were discovered. It is easy to see that a similar situation might be occurring for other groups of insects.

Anyway, sadly, sometimes even being cute, unthreatening and all around adorable still isn't enough to guarantee your survival in the long-term. One animal that doesn't suffer from any lack of adorability is the pangolin, yet, thanks to Chinese medicine's obsession with its supposed health benefits, it, too is now under serious threat-

There is a lot that could be said on this topic and it is one to which I plan to return in the future. So, for now, let us just note the latest news on the problem in the link above and I will leave you with your own thoughts on that. No input or commentary from me needed.

I usually post 3 links in these "Link-Time" pieces, so for number 3 today, let's more on to something a bit happier than the first 2-

A few years back, there was a lot of worry about the state of the world's coral reefs. There remain substantial fears about their integrity and diversity, but, at last, there is some good news to report about the restoration and recovery of formerly depleted coral reefs - as explained by this short youtube video-

There will be another post on here on Monday.
In the meantime, Thanks for Reading and Best Wishes for a Great Weekend.
Victoria

1. Since writing this post, I have become aware that Jared Diamond's argument has been disputed in a more recent book on the topic-  "The Statues That Walked", by Carl Lipo and Terry Hunt. I have not had time to read and analyse their book properly, so am not going to comment on that other than to note that the book exists (and anyone interested in the details of the arguments of both books can find them in bookshops and online retailers). What I would like to say is that even if Diamond is completely wrong and the loss of trees on Easter Island did not occur as he said it did, the risk of subtle habitat loss and gradual species loss over several generations remains a risk. It is still something that deserves our attention. This kind of environmental damage is easier to prevent than a sudden unexpected catastrophe, which makes it all the more shameful when/if it is not prevented.