Quotable: "Science progresses mainly by funerals, not by reason and logic alone". 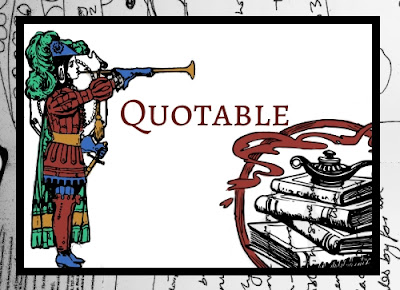 
As I may have mentioned once or twice before, I have been reading a lot of esoteric books lately for a couple of projects at the fringe of science. If nothing else, it has certainly been stimulating to read stuff outside of the scientific- and popular science- mainstream.

Anyway, today's quote comes from one of these slightly off-beat books: "The Conscious Universe" by Dean Radin.

"The tendency to adopt a fixed set of beliefs and defend them to death is incompatible with science, which is essentially, a loose confederation of evolving theories in many domains. Unfortunately, this tendency has driven some scientists to continue to defend outmoded, inaccurate worldviews. The tendency is also seen in the behaviour of belligerant skeptics....One hopes that such skeptics would occasionally apply a little skepticism to their own positions, but history amply demonstrates that science progresses mainly by funerals, not by reason and logic alone".

Now, this is not the first time someone has taken a rather bleak view of humanity's inflexibility- in his "Scientific Autobiography and Other Papers", Max Planck famously expressed the same sentiment rather less brutally as-

“A new scientific truth does not triumph by convincing its opponents and making them see the light, but rather because its opponents eventually die, and a new generation grows up that is familiar with it.”


As one of science's more readily quotable characters, Max Planck spoke and wrote perhaps more than most on the themes of creativity and his ideas about ideas themselves. I particularly like this other quote of his in support of individual work and against progress-by-committee; in fact, I find it is always in my mind, jockeying anarchically for my attention, whenever I read a job advert in academia that emphasizes "teamworking skills" as critical for appointment: make of that whatever you will-

“New scientific ideas never spring from a communal body, however organized, but rather from the head of an individually inspired researcher who struggles with his problems in lonely thought and unites all his thought on one single point which is his whole world for the moment.”