Quotable- Plato and Ralph Waldo Emerson on the World

Today's quotes are both about the world and man/woman-kind's place in it. The first, by Plato, cannot but conjour up a mental image of NASA's famous "Blue Marble" image - for me, at least: hence the choice of formatting.
Meanwhile the second, by Ralph Waldo Emerson, is about society and the mental independence that I think often spurs creative leaps. In that regard, it relates to some of the themes in last week's "quotable". 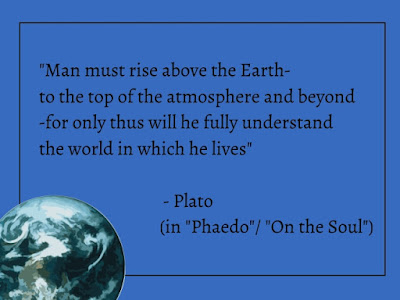 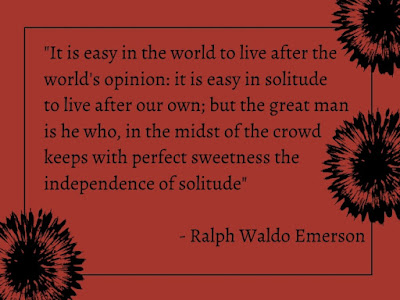