Today’s post is just a quick link to a paper on Melatonin that I recently came across.

Sleep in general is rather poorly understood, but in recent years, there have been quite a few studies on the sleep hormone, melatonin. It is probably fair to say that the idea that people can take artificial melatonin orally to shift their body clocks and to help themselves sleep or overcome jet lag has entered mainstream consciousness. Brand names like “Circadin” are now pretty well known. What I did not know until stumbling across this paper is that melatonin has been associated with an improved quantity of REM (very deep, rapid eye movement) sleep, and not just with more sleep as a whole. Now, when a healthy person is sleep-deprived, in general terms, their brain alters the proportion of sleep time it spends in different phases of sleep. Ordinarily, a very tired brain spends proportionally more time in REM sleep and less time in lighter, alpha-wave phases of sleep. In other words, the brain prioritises time spent in REM over time spent sleeping with higher frequency brain waves like alpha waves. As the person becomes less sleep deprived (for example, in the days following a bout of partying or overwork), his/her brain adjusts its sleep pattern to reduce the time spent in REM back to normal. Simultaneously, it adjusts the time spent in other phases (notably increases the time spent producing alpha waves) back to normal. 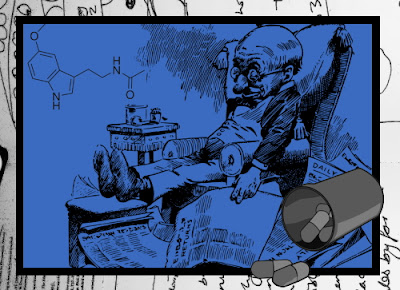 Sleep with increased time spent in REM, then, is, very crudely considered better “quality” sleep: “more densely refreshing”, as it were.
So I was very interested to learn in this paper-
"Melatonin in Patients with Reduced REM Sleep Duration: Two Randomized Controlled Trials"

by Kunz, Mahlberg, Müller, Tilmann and Bes that patients given melatonin spend a greater percentage of their sleep time in REM. By inference, this would seem to imply* that melatonin can improve the quality of sleep a sleep-deprived person receives, as well as triggering the onset of that sleep. Note: 1) this  study dates from 2004, so is not very current, but it remains interesting, nonetheless. 2) this study is concerned with people with reduced REM sleep, rather than any attemtps to increase REM above what would be "normal"/typical.

* I am not an expert on sleep or neurology, but this is a logical inference from the paper’s text and data.