Today's post is just a few pictures of a so-called "Green Wall" in Covent Garden, London. Not so long ago, green walls were a great rarity: I remember the excitement even just a few years back when Patrick Blanc had one installed on Paris's Quai Branly. It was a high-profile and very worthy project, but not the first such construction- not by quite some margin (by the time it was built, Blanc had done several previous projects in Europe, India and America) (See also Note 1, below). Now green walls are becoming something of a trend. Beautiful as well as ecologically attractive, I think they are very appealing so was very pleased to see this one in the heart of London's West End, just outside the Covent Garden tube station. 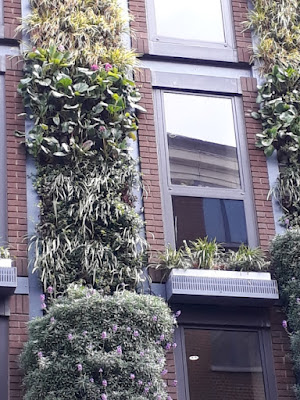 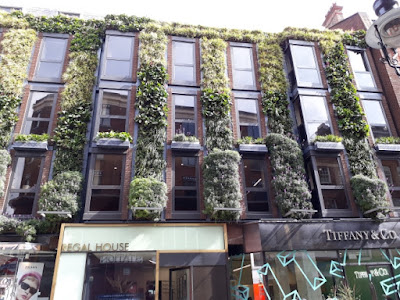