Following last week's musical theme, this week's quotes are on geniuses suffering for their art...
I don't personally buy into the doctrine that all great art comes from suffering- at least not directly.
(It may be that a greater-than-average dollop of suffering shapes the minds of a genius through a biological meachnism. Or it may be that for some great minds suffering is needed to fulfil their potential because someone who is truly happy with who they are and where and what they are has no need to put in the 10,000 hours of practice sometimes said to be needed to master a subject; no need to acquire the background and knowledge base upon which some types of genius draw.)


Be that as it may, Mozart and Vivaldi both suffered to a degree for and during their work; here is Michael Talbot on Vivaldi-

"We will understand Vivaldi better if we remember that he was a lifelong invalid [with asthma severe enough to restrict his ability to walk] who refused a sedentary existence, whether physical or psychical [sic]. His ambition, his brazen self-confidence, his self pity whenever his plans went awry...all stemmed from a repressed insecurity born of a bodily ailment"

Mozart famously suffered physical and mental exhaustion from overwork, but, as he writes in this extract from a letter to his father, sometimes his suffering was more immediate and practical-

"I can't write much because writing so many parts of the opera has made my fingers painful"
-W. A. Mozart, in a letter to Leopold Mozart, 1770

There is something endearingly human about the idea of Mozart having sore fingers from writing "too many notes". It reminds me of the first time I saw an early draft of Albert Einstein's "General Theory of Relativity": (picture below). Somehow, seeing a piece of paper full of corrections and crossings out makes Einstein a human being, rather than an unrelatable man of unimaginable genius and all the more loveable for it.

Next post will be on Friday,
Hope to see you then,
Victoria. 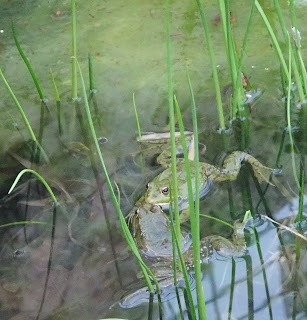