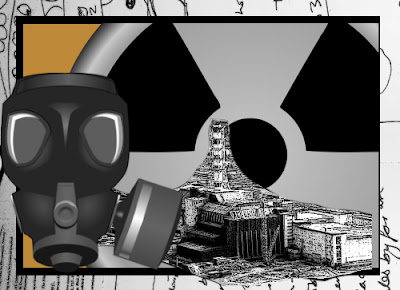 Good Morning.
Thanks for visiting the blog.

In general, I am not a big fan of television and even less inclined to write about it. Simply put, 99% of the time, there just seems to be stuff to do that is more fun or interesting. That said, recently, there have been a couple of really great things on that I have just “had” to binge watch. Today’s post is about the first of these- the mini-series Chernobyl.

Now, this programme had already become something of a legend, even before it got the highest ever IMDB score https://www.imdb.com/title/tt7366338/ for any show of all time… https://variety.com/2019/digital/news/chernobyl-top-rated-tv-show-all-time-1203233833/, so raving about it on here may seems perhaps a little redundant. You can certainly find glowing reviews of the programme all over the internet. Nonetheless, I think it really is so good, that it is well worth discussing here.

First of all, this being a scientific blog, it should be noted that although the mini-series is generally sound and correct in broad terms, it is not entirely accurate in all ways, as explained here-
https://www.businessinsider.com/chernobyl-hbo-true-story-details-facts-myths-ukraine-nuclear-2019-6
here-
https://www.bbc.com/news/world-europe-48580177

The second point of note (from my personal small and not remotely scientific straw poll) is that some people have been deterred from watching because they expect the show to be much more of a tear-jerker than it actually is. I felt that it was more dramatic than upsetting. The fact that it was just utterly compelling from start to finish, rather than heart-breaking is something of a testament to the skill and the choices of the writers. A sad story- a tragic story*-can be told in a way that emphasises the undeniable human heartache (e.g. https://meduza.io/en/feature/2019/06/04/the-pain-doesn-t-fade ) or it can be told in a way that particularly focuses on the technicalities, the intrigues and the bare plot, as in this case. That said, we did deliberately skip forward through the section where various radioactive animals are killed. That was only a few minutes of footage, but might have put a different complexion on things.

One of my more macabre reading habits has long been studying nuclear accidents. When I was growing up, in the 1980s and 1990s, I knew someone very well who was in the UK’s “civil defence” and therefore charged with helping to run the country (voluntarily) following a nuclear attack. Like the other nominees**, he had been selected on the basis of his professional qualifications and infrastructural expertise. His role would have been to report to an emergency bunker, following any such attack and to reside there for as long as required. In situ, he would have provided the emergency government with expert advice relating to his specialist area, done ad hoc technical work and to assist with the national organisation and co-ordination of projects that relied upon matters in which he was (is) an expert. In his case, I suspect the technical work, would have involved calculations and other broadly mathematical and logistical activities- so, brain-work, rather than physical work.

Even though I was relatively young at the time (perhaps 10yrs old when the subject first arose), the consequences of nuclear war and the difficulties and specific challenges of surviving an NBC attack became the topic of a number of conversations from that point onwards. Naturally, since I was young at the time, they gave rise to a string of nightmares in which my subconscious self manoeuvred the intricacies of a nuclear disaster, nuclear winter and so forth. The sheer horror of the scenario has never left me (around 30 years later) and I have felt myself  compulsively drawn to understand nuclear disasters ever since. This state of horrific can’t-turn-away-if-you-wanted-to intellectual-addiction, I believe, is called “the thrill of terror”, which is an odd phrase if ever there was one.

Anyway, because of this long-term reading interest, there was nothing much in the dramatisation of the Chernobyl disaster that came as a surprise- the basic plot was very familiar. However, even with the background of having read a fair bit about the subject area, seeing events played out on-screen gave things a very different dynamic. In all ways, therefore, the miniseries is absolutely amazing viewing.

* This article- https://newrepublic.com/article/154024/enduring-horror-chernobyl expands poignantly upon the human and environmental cost of the Chernobyl disaster but has some plot spoilers for the series.

** Note: this information is second-hand. Moreover, I don't think that this group of volunteers/ professionals/experts-invited-to-contribute was necessarily the full extent of the UK's nuclear-war civil-defence strategy. 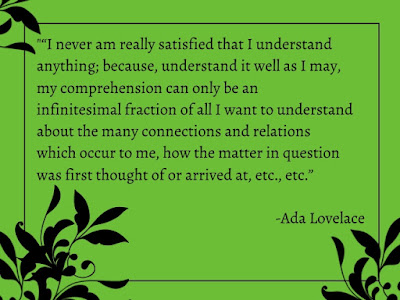